Born near the Chinatown neighborhood of Los Angeles to second-generation Chinese-American parents, Wong became infatuated with the movies and began acting in films at an early age. During the silent film era, she acted in The Toll of the Sea (1922), one of the first movies made in color and Douglas Fairbanks' The Thief of Bagdad (1924). Wong became a fashion icon and by 1924 had achieved international stardom. Frustrated by the stereotypical supporting roles she reluctantly played in Hollywood, Wong left for Europe in the late 1920s, where she starred in several notable plays and films, among them Piccadilly (1929). She spent the first half of the 1930s traveling between the United States and Europe for film and stage work. Wong was featured in films of the early sound era, such as Daughter of the Dragon (1931) and Daughter of Shanghai (1937) and with Marlene Dietrich in Josef von Sternberg's Shanghai Express (1932).

In 1935 Wong was dealt the most severe disappointment of her career, when Metro-Goldwyn-Mayer refused to consider her for the leading role of the Chinese character O-Lan in the film version of Pearl S. Buck's The Good Earth, choosing instead the German actress Luise Rainer to play the leading role. Wong spent the next year touring China, visiting her family's ancestral village and studying Chinese culture. In the late 1930s, she starred in several B movies for Paramount Pictures, portraying Chinese Americans in a positive light. She paid less attention to her film career during World War II, when she devoted her time and money to helping the Chinese cause against Japan. Wong returned to the public eye in the 1950s in several television appearances as well as her own series in 1951, The Gallery of Madame Liu-Tsong, the first U.S. television show starring an Asian-American series lead.She had been planning to return to film in Flower Drum Song when she died in 1961, at the age of 56.

For decades after her death, Wong was remembered principally for the stereotypical "Dragon Lady" and demure "Butterfly" roles that she was often given. Her life and career were re-evaluated in the years around the centennial of her birth, in three major literary works and film retrospectives. Interest in her life story continues and another biography, Shining Star: The Anna May Wong Story, was published in 2009.

Anna May Wong was born Wong Liu Tsong (meaning "yellow willow frost" respectively, though "yellow" being her family name can be considered functionless here semantically) on January 3, 1905, on Flower Street in Los Angeles, one block north of Chinatown, in an integrated community of Chinese, Irish, German and Japanese residents.She was the second of seven children born to Wong Sam Sing, owner of the Sam Kee Laundry in Los Angeles, and his second wife Lee Gon Toy.

Anna May Wong's parents were second-generation Chinese Americans; her maternal and paternal grandparents had resided in the U.S. since at least 1855.Her paternal grandfather, A Wo郑州富士康工作服女装ng Wong, was a merchant who owned two stores in Michigan Hills, a gold-mining area in Placer County. He had come from Chang On, a village near Taishan, Guangdong Province, China in 1853.Anna May's father spent his youth traveling between the U.S. and China, where he married his first wife and fathered a son in 1890. He returned to the U.S. in the late 1890s and in 1901, while continuing to support his family in China, he married a second wife, Anna May's mother.Anna May's older sister Lew Ying (Lulu) was born in late 1902, and Anna May was born in 1905, followed by five more children.

In 1910, the family moved to a neighborhood on Figueroa Street where they were the only Chinese on their block, living alongside mostly Mexican and Eastern European families. The two hills separating their new home from Chinatown helped Wong to assimilate into American culture.She attended public school with her older sister at first, but then moved to a Presbyterian Chinese school when the girls became the target of racial taunts from other students. Classes were taught in English, but Wong attended a Chinese language school afternoons and on Saturdays.

About that same ti冬天女士工作服me, U.S. motion picture production began to relocate from the east coast to the Los Angeles area. Movies were shot constantly in and around Wong's neighborhood. She began going to Nickelodeon movie theaters and quickly became obsessed with the "flickers", missing school and using lunch money to attend the cinema. Her father was not happy with her interest in films, feeling that it interfered with her studies, but Wong decided to pursue a film career regardless. At the age of nine, she constantly begged filmmakers to give her roles, earning herself the nickname "C.C.C." or "Curious Chinese Child".By the age of 11, Wong had come up with her stage name of Anna May Wong, formed by joining both her English and family names.

Wong was working at Hollywood's Ville de Paris department store when Metro Pictures needed 300 female extras to appear in Alla Nazimova's film The Red Lantern (1919). Without her father's knowledge, a friend of his with movie connections helped Anna May land an uncredited role as an extra carrying a lantern.

She worked steadily for the next two years as an extra in various movies, including Priscilla 名族风工作服Dean and Colleen Moore picture工作服短袖套裙s. While still a student, Wong came down with an illness identified as St. Vitus's Dance which caused her to miss months of school. She was on the verge of emotional collapse when her father took her to a practitioner of traditional Chinese medicine. The treatments proved successful, though Wong later claimed this had more to do with her dislike of the methods.Other Chinese thought such as Confucianism and particularly Taoism and the teachings of Laozi had a strong influence on Wong's personal philosophy throughout her life.The family's religious life also included Christian thought, in the form of Presbyterianism and as an adult she was a Christian Scientist for some time.

Finding it difficult to keep up with both her schoolwork and her passion, she dropped out of Los Angeles High School in 1921 to pursue a full-time acting career.Reflecting on her decision, Wong told Motion Picture Magazine in 1931: "I was so young when I began that I knew I still had youth if I failed, so I determined to give myself 10 years to succeed as an actress."

In 1921, Wong received her first screen credit for Bits of Life, the first anthology film, in which she played the wife of Lon Chaney's character, Toy Ling, in a segment entitled "Hop".She later recalled it fondly as the only time she played the role of a mother;her appearance earned her a cover photo in the British magazine Picture Show.

At the age of 17 she played her first leading role, in the early Metro two-strip Technicolor movie The Toll of the Sea. Written by Frances Marion, the story was based loosely on Madama Butterfly. Variety magazine singled Wong out for praise, noting her "extraordinarily fine" acting.The New York Times commented, "Miss Wong stirs in the spectator all the sympathy her part calls for and she never repels one by an excess of theatrical 'feeling'. She has a difficult role, a role that is botched nine times out of ten, but hers is the tenth performance. Completely unconscious of the camera, with a fine sense of proportion and remarkable pantomimic accuracy ... She should be seen again and often on the screen."

Despite such reviews, Hollywood proved reluctant to create starring roles for Wong; her ethnicity prevented U.S. filmmakers from seeing her as a leading lady. David Schwartz, the chief curator of the Museum of the Moving Image, notes, "She built up a level of stardom in Hollywood, but Hollywood didn't know what to do with her."She spent the next few years in supporting roles providing "exotic atmosphere",for instance playing a concubine in Tod Browning's Drifting (1923).Film producers capitalized on Wong's growing fame but they relegated her to supporting roles.Still optimistic about a film career, in 1923 Wong said: "Pictures are fine and I'm getting along all right, but it's not so bad to have the laundry back of you, so you can wait and take good parts and be independent when you're climbing."

At the age of 19, Anna May Wong was cast in a supporting role as a scheming Mongol slave in the Douglas Fairbanks picture The Thief of Bagdad (1924). Playing a stereotypical "Dragon Lady" role, her brief appearances on-screen caught the attention of audiences and critics alike. The film grossed more than $2 million and helped i风电防寒连体工作服ntroduce Wong to the public. Around this time, Wong had an affair with director Tod Browning. It was a romance largely known of at the time: it was an interracial relationship and Wong was underage.

After this second prominent role, Wong moved out of the family home into her own apartment. Conscious that Americans viewed her as "foreign born" even though she was born and raised in California, Wong began cultivating a flapper image.In March 1924, planning to make films about Chinese myths, she signed a deal creating Anna May Wong Productions; when her business partner was found to be engaging in dishonest practices, Wong brought a lawsuit against him and the company was dissolved.

It soon became evident that Wong's career would continue to be limited by American anti-miscegenation laws, which prevented her from sharing an on-screen kiss with any person of another race, even if the character was Asian, but being portrayed by a white actor.The only leading Asian man in U.S. films in the silent era was Sessue Hayakawa. Unless Asian leading men could be found, Wong could not be a leading lady.

Wong continued to be offered exotic supporting roles, playing indigenous native girls in two 1924 films. Filmed on location in the Territory of Alaska she portrayed an Eskimo in The Alaskan. She returned to Los Angeles to perform the part of Princess Tiger Lily in Peter Pan. Both films were shot by cinematographer James Wong Howe but Peter Pan was more successful; the hit of the Christmas season.The next year, Wong was singled out for critical praise in a manipulative Oriental vamp role in the film Forty Winks. Despite such favorable reviews, she became increasingly disappointed with her casting and began to seek other roads to success. In early 1925 she joined a group of serial stars on a tour of the vaudeville circuits; when the tour proved to be a failure, Wong and the rest of the group returned to Hollywood.

In 1926, Wong put the first rivet into the structure of Grauman's Chinese Theatre when she joined Norma Talmadge for its groundbreaking ceremony, although she was not invited to leave her hand- and foot-prints in cement.

In the same year Wong starred in The Silk Bouquet. Re-titled The Dragon Horse in 1927, the film was one of the first U.S. films to be produced with Chinese backing, provided by San Francisco's Chinese Six Companies. The story was set in China during the Ming Dynasty and featured Asian actors playing the Asian roles. 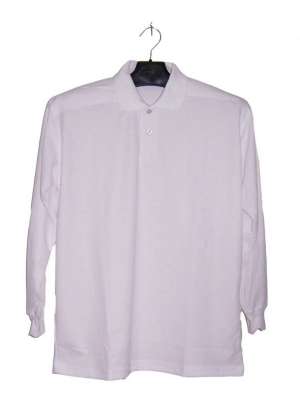 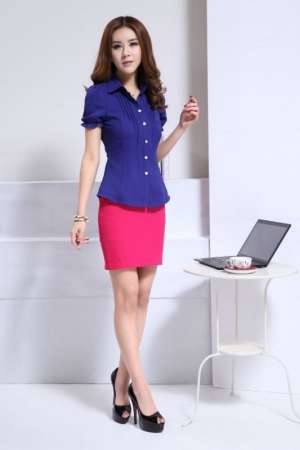 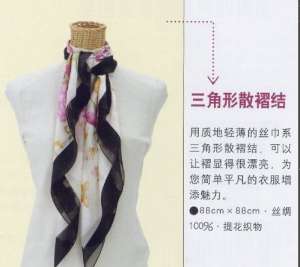 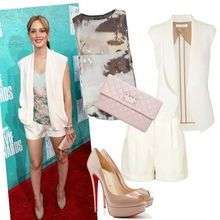 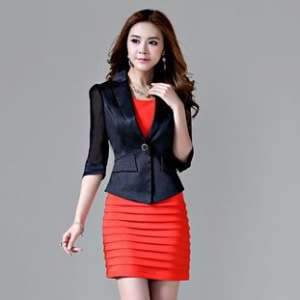 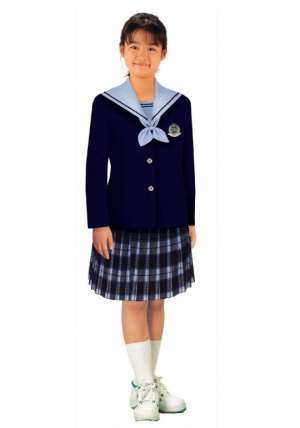